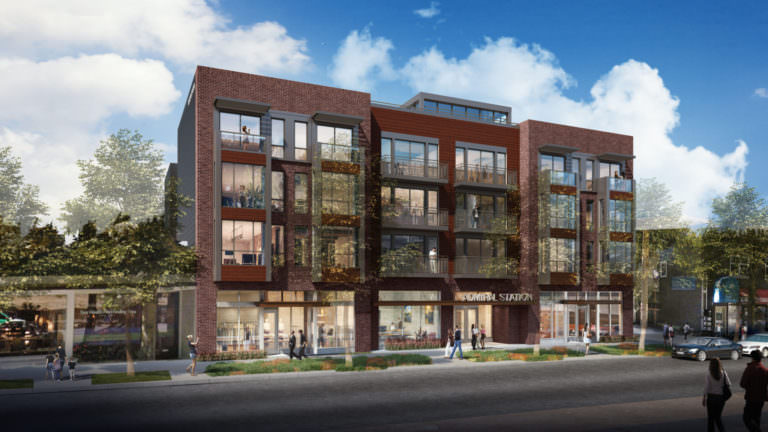 Per the Daily Journal of Commerce:

“The developer and architect are finalizing the design for a 49-unit apartment project at 2715 California Ave. S.W.

The site is west across the street from Hiawatha Playfield, in the North Admiral neighborhood.

Underground parking for 46 vehicles will be accessed from the alley to the west. Total project size, including the parking, is about 58,466 square feet.

The project will include a roof terrace garden and greenhouse. There will be space for 17 bicycles in the garage.

The developers acquired the two parcels in June for almost $1.3 million. An old house and small office/apartment building will be removed from the 11,363-square-foot site.